Up to date he has played music in Italy, Germany, Great Britain, France, Portugal, Spain, Switzerland, Romany, Bulgaria, Turkey, Russia, Ukraine, Poland, Luxemburg and Holland.
In 2006 he starts organizing courses for those wanting to be tango djs, in which many of the present well known tango djs learnt their trade.
In 2008 he is the first tango dj to play music in Asia (Corea, japan, Taiwan, Hong Kong), also giving his highly appreciated courses.
In 2009 he creates his “La Típica Mina” orchestra, with which he tours around Italy.
In 2011 the group returns to Europe as a duo (piano and bandoneón). His interest is focused on promoting the original tango music. Today he does so in his tour “EL DISCO ES CULTURA 2015” (“Record is Culture 2015”), around Argentina, Europe and Asia, as he has been doing during the last years. To achieve his goal he uses the old vinyl records that belonged to his parents and grandparents, the same he used at the beginning of his career, back in 1999, in Buenos Aires.
Nowadays he is the only one to play tango music using vinyl records, carrying them along all around the world. This has inspired many tango djs to perform likewise, fhus bringing back to life the interest in the original old records. His Teachers were, are and will be Osvaldo Natucci and Mario Orlando. His inspiration, la Épica de Félix Picherna (Félix Pichema´s Epic).

Born in Barcelona, has been dancing tango since 1991. Organizer of milongas since 1996 in the city of Barcelona: The Patio de Tango Milonga, El Yeite, Dome of the Tango, Café Picasso: Tango Gotan, La Yapa Milonga del Café. He has been working for the International Tango Festival of Sitges since 1996, where he was official DJ of the night milonga Festival for 13 years. Since 2008 belongs to the Festival to the present in which is its director. As a DJ, he has participated in the best events the city of Barcelona dedicates to tango. He has participated in several European festivals He is also a musician, contrabassist and bandonionist as part of various tango ensembles: Orchestra Latitude Tango (6 years to the present), Combo guitar and bass Quartet Unreal (2 years), currently a member of the Quartet Typical Chamuyo Arrabal. He was named Corresponsal Academician of the National Academy of Tango in Buenos Aires, for his work in Barcelona with regard to the history of Tango.

I was born in Montevideo, Uruguay surrounded by tango thanks to my two milongueras grandmas, thanks to them I started to love this marvelous music. As a TDJ my path started when my tango mentor asked me to play in his milonga, Trasnochando, a challenge that changed my way to enjoy tango. Shortly after this I played in many milongas in Montevideo like “El Chamuyo” and “La Callejera”. In 2016 I started to play in different European countries (Hungary, Poland, Spain, Italy, Ukraine, Greece) in many Festivals and local milongas. At the moment when I have to choose music. I never use a playlist. If not, I like to feel the dancefloor and the dancer’s mood to select the most appropriate traditional tango music, always playing tangos from the forties.

The Orquesta de Tango de Barcelona , “Latitud Tango” was born in August 2007 with the main interest of being able to give training and interpret the style of tango at an orchestral level.

It is formed by a group of amateur musicians of different nationalities (mainly of Catalan and Argentinian origin, although all / as they live in Catalonia) who have united with a single interest and is to approach the world of the typical orchestras and the origins and the culture of tango from one of the most important aspects that is through its music.

Its main objectives are to spread the Argentine instrumental tango in Catalonia and promote the Argentine-Catalan cultural exchange.

She began her career as a tango dancer in 1998 and as a teacher in 2001. Formed in different disciplines such as dance, circus, contact improvisation. She learned from greatest masters of Tango evolving her tango along the years and her own techniques.

Her partner is Horacio Godoy, with whom she tours around the world doing workshops and tango festivals.

Currently resides in Barcelona where she is a Teacher and Organizer.

She has toured around Argentina, Europe and United States performing workshops and exhibitions in Milongas.

As a member of Tango Dance Companies, she has toured around Spain and Portugal (2004-2006).

I found that I like teaching when I studied Physical Education in Argentina, where I was born. I fell in love with our culture while traveling around my country thanks to the people and landscapes that I got to know. After this experience I studied a Bachelor’s Degree in Folk Dances at IUNA, and for a few years I have been doing Folklore workshops in Barcelona, ​​as well as dancing in different stage projects.

The chacarera is one of the dances that is still current nowadays in Argentina, and more alive than ever since it is danced at every party in many parts of the country and new songs are being composed. In my opinion the chacarera is a mixture of different cultures put together into music… an inclusive way to enjoy dancing with another person. 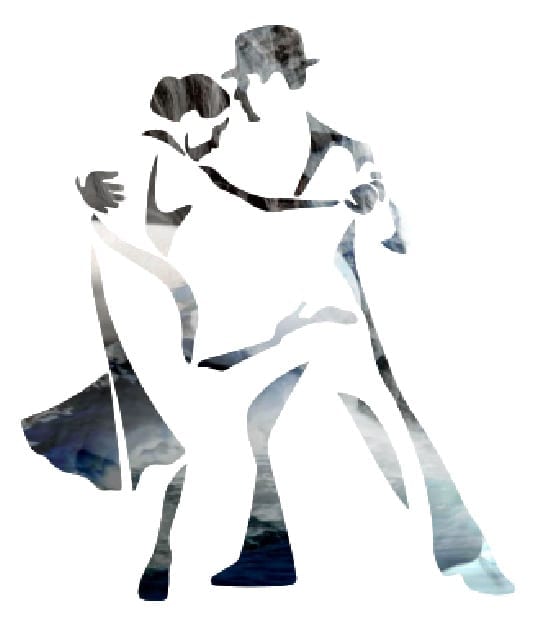 Gracias! Ya no me mostréis este mensaje :)